Carlin Racing stepped into INDYCAR for the first time in 2018. Taking Max Chilton and Charlie Kimball as their drivers. The racing organization has a presence in many other motorsport disciplines, including Indy Lights. Their debut in INDYCAR, not the greatest. Kimball was the highest finisher in the team, coming in seventeenth overall. He had five top tens. Chilton finished nineteenth overall. He did win a lot of points with me when during the INDYCAR Grand Prix he got quite sassy on the radio about how the officials were not following the rule book. And he directly quoted the rule!

I said last year I was going to go easy on the two drivers as they switched teams. 2019, these two better finish higher. Max and Carlin have confirmed a full season together in 2019. And as I write this there is no official confirmation that Kimball will be with Carlin. He did tweet recently he was looking forward and getting ready for another season in the #23 with Carlin. It’s been hinted and rumored it will be a partial season for Kimball but I have not been able to look and see something official or with any more detail. I guess wait and see.

Looking further back, when the two were with Chip Ganassi Racing. 2017 wasn’t very impressive for Chilton, he only had one top-five finish in the season. He was quite feisty when they made him park the car though – so he did win points there. It was even less impressive for Kimbal, no top-five finishes. Everyone has made the rumblings about the reasons Chilton and Kimball getting rides with Carlin – that it is only because of monetary reasons. Max’s father was on a hedge fund of a major supporter of Carlin and Kimball with the diabetes sponsor. It’s so easy for people to dislike these two guys, but once you’ve had interactions them it’s so hard not to dislike them (except for when Kimbal starts taking people out).

I had an opportunity to sit and chat with Max Chilton prior to the Gateway race. Abby and I attended a pre-race media/kick-off event and he is a great guy to chat with. He likes gardening, is absolutely in love with his wife, and just an easy conversation. When we asked him about Carlin, he indicated that driving for Carlin was “coming home” for him.

As far as Charlie Kimball, a young quarter-midget racer I know thinks the sun rises and sets with Charlie Kimball. He sent out a very sweet tweet showing Charlie all of his merchandise he had…and that race weekend he got it all signed by Charlie who made it a point to talk with the kid and show him around the transporter. 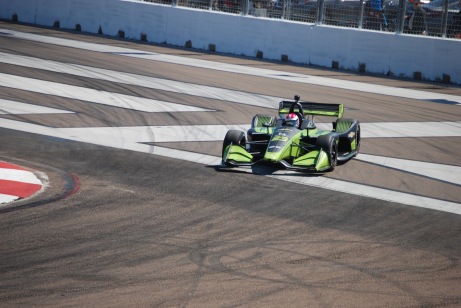 So is it easy to dislike these two drivers – yes. Should you – no.

Also, I guarantee you we’ll be talking this team during episodes of our podcast. You can subscribe by visiting our subscribe page: www.fastcarsfastgirls.com/subscribe

One thought on “Carlin Racing: They Are Nice Guys…”