2018’s racing season started at the top of the Daytona International Speedway. Where we watched the start of the Rolex 24 Hours down on the course below us. It’s a magical spot, and a great kick off to the season.

There are times when I make predictions that do not pan out. Quite honestly these are most of my predictions. If I ever tell you to bet on something, unless it’s a gray horse, don’t listen to me. This past season though: I was completely right! I had said from early-2017 that Alexander Rossi was going to make a big play in 2018 and be a driver to watch…and look what happened? This season he’s had three first-place finishes, and then eight top-five finishes, and four top ten finishes. He was in the championship fight with Scott Dixon until Lap 1 of Sonoma (which I still do not want to talk about). Besides that, the man drove like he stole that car at multiple races. Remember back to Phoenix race where an issue put him a lap down and he cut through the field? I do. He was responsible for nineteen percent of the passes in that race – which was approximately fifty-one passes. Of course there is also his master class on passing during the Indianapolis 500. He officially gained twenty-eight spots, though he was third for a bit (so actually twenty-nine). Within twenty-one laps of the race he was up six spots. Watching a highlight reel of his passing during that race is amazing. Next year – he’s got it! Speaking of next year, can we stop with this forced narrative bullshit? I talked about this on an early blog you can read here. The racing provides enough drama, no need to create shit (and I’d like to point out that shit stopped after the Pocono crash).

Everyone said, “passing isn’t going to happen” with this new aero kit. The change in downforce put the car in the hands of the driver. Every driver talked about how this was a car that demanded respect and made drivers ‘tame’ the car. But we had passing. We had passes on passes on passes. Even in parts of tracks we weren’t sure passes could happen – it did. Passes happened on road courses and ovals. Drivers, once they felt comfortable in the cars, started making some really great passes. Sure, Sebastian Bourdais’ pass in Long Beach was ‘technically’ not allowed, but dang did it look really good. This new aero kit deserves a lot of praise and did win the Louis Schwitzer award. It elevated the racing this year, it made teams work on every single set up at every race, and we saw when teams had the set up right (like ECR at the Indy 500) and when they did not have the setup right (like CGR at Phoenix).

I Love You Indy

Bump day returned. How is everyone feeling about that? It caused a lot of thought including a blog here and a whole episode here.

Still processing? It was an emotional roller coaster. For starters, nearly no one knew what the procedure was (we did! We laid it out in an episode you can listen to here) and afterwards everyone blamed everyone. It truly was a last minute as the gun was going off incident. Then we all came back the next day for pole day, which was another emotional roller coaster. A better set of emotions, but still emotional. The race itself has been discussed ad nausea by us both in a blog and an episode, but it was just another wonderful spectacle. Will Power absolutely captured the enthusiasm of the win. Carpenter nearly went pole-to-pole for the race, and Rossi came from last to 4th. I love that race and 2018 was no exception.

A lot of the 2018 season was spent getting to races or spending time at tracks. In 2017 I went to two races outside of the Indianapolis Motor Speedway, in 2018 that number went to six. We visited St. Petersburg, which included a freezing cold beach day (but we had a beach day – and we will have one in 2019!); Kohler and its beautiful park-like grounds; and the three weeks of madness with Pocono, Gateway, and Portland. Those three weeks were rough! Somehow following the crash at Pocono I started my stint at driving and ended up driving eight straight hours, plus I had the bonus Seattle weekend to visit my brother before driving down to Portland. As the shirt says – see the sights with INDYCAR. But despite the miles on the car, travelling to a track away from home is an adventure itself. Plus INDYCAR has beautiful tracks. I mentioned Kohler’s feel of a national park, Pocono is tucked in the Pennsylvania countryside and emerges suddenly when you turn a corner, Gateway and racing under the sunset, and finally, Portland with its mountains as the backdrop. It is never dull scenery around a race.

I said about a year ago, in this blog entry, I thought Portland would struggle and Gateway would shine this year.  I was wrong. Portland had a massive successful return. Turns out there are fans in the Pacific Northwest and they were just ready for racing. Meanwhile, Gateway struggled again this year. Partially the reason was the unpredictable weather of summer, but as someone who camped and spoke with other people in both tent and RV camping, it was not well organized this year. We’ll see what happens next year (though honestly, we’re thinking about grabbing a room at the casino nearby instead).

Cheers to The Podcast

Here’s the moment where I get to be boastful about our podcast. We had quite the year! Two live shows, one on Carb Day and one at Pocono where we had Off Track close for us (that joke will never not be funny to me!). We interviewed up and coming drivers, including our favorite Sabre Cook, current drivers, spotters, pit crewmembers, general managers, and badass Cara Adams. We were so grateful to partner with INDYCAR Nation  and help them provide experiences to all their members – and take over their social media at races. You may be tired of hearing us plug it – but it’s a great organization full of great people and you should join! We’ve also gotten to do things we never dreamed we’d do: attend and work the red carpet for the Born Racer premier, train with safety personnel and put out a fire, celebrate at the IMS late into the evening for the Racers Know Dave Dusick event, and mostly just interact and meet a thousand and one amazing people. I’m already thinking about 2019, but whoa was 2018 so cool. 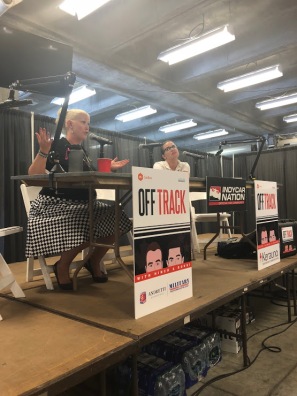 This isn’t a top moment at all, but it’s something that colored the 2018 season and will be in the thought process of anyone involved in 2019 INDYCAR racing, the Pocono crash. I believe, and have mentioned numerous times now (see the blog entry right afterwards or our recent episode where we talk about how safety is going to be talked about more frequently), that the crash has pushed up the discussion on safety. What we’re all thankful is that Robert Wickens is alive and the things he has been able to already achieve after such an accident is unparalleled.

I don’t want to end on such a serious note. So I’ll end with something I always enjoy. Going to racetracks, especially the ones where we camp, is an experience that is hard to describe. Every moment is great, but particularly the evening before the race when everyone has seen qualifications, has wondered about, had some food, and made their way back to the campsite – it’s just hours of talking about racing. What we think tomorrow will bring, what we saw today, what we remember from past times – it’s just a very unique moment. If you get the change to camp – do it.

The 2018 review ends like this: remember the Flying Flamingo? My father, who before joining us hadn’t been to a race since before I was born, was so excited to join us and take part in the campsite decorations took charge of our golf cart. The cart was all him – except he thought the flamingo was going to be a duck…and then when it arrived said it was a swan. Watch out Mid Ohio 2019 theme…we’ll do something crazy I’m sure. 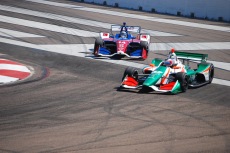 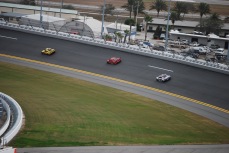 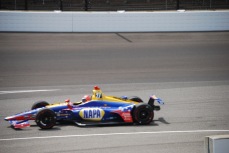 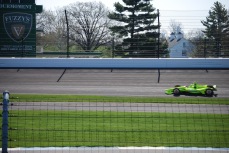 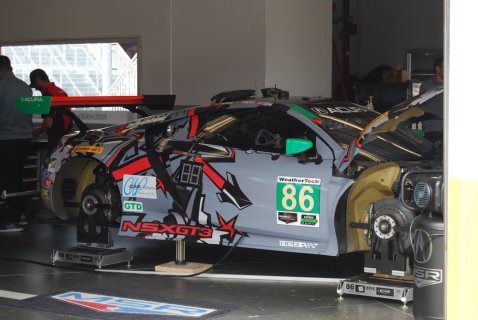